A 10-minute break – this is what public servants working at the customer service of the Pension Payment Directorate were given today. Not by the state, of course, which has just raised their working hours, but by civil activists protesting for the rights of public servants.

Because aHang is with the workers!

On March 14, a total of 7612 civil servants participated in a strike announced by the Trade Union of Hungarian Civil Servants and Public Employees (MKKSZ), joined by dozens of activists engaging in various solidarity actions.

The flash mob involving local activists was organized by the aHang platform in Kaposvár, Miskolc, Pécs, Szeged and Budapest, among other places. The activists blocked work at the customer services of government agencies and read out the following demands of government officials working in government administration:

1. The basic holiday entitlement should be restored to its state on 31 December 2018!

2. The lunch break should be re-included in the working hours.

3. The recognition of time-in-service should be observed effectively (seniority), while the current system of allocating benefits by brackets – which contradicts stability – should be discontinued!

4. There should be a unified benefit system in government administration!

6. The special rule pertaining to employees employed by the government administration body should be modified!

7. July 1, the Day of Public Administration – the celebration of civil servants and government officials – should be made a bank holiday again!

8. The law should not restrict the deduction of trade union membership fees. The trade union should get back its powers that have been taken away!

9. We propose the creation of the National Labor Roundtable.

A few days ago signature collection started on the aHang platform for the rights of employees in the public sector, which are greatly hampered by the law amendment that came into effect on March 1 this year.

Following a call by aHang, on March 14 a couple of dozen activists, including members of the Free University, appeared in front of the Pension Directorate’s Budapest office. Just before 10 o’clock, the activists all took a queue number, so that when it would be their turn, customer service staff could listen to them. The activists spoke out against the unlawful changes affecting civil servants, reading out their demands.

The activists then posted the demands on the walls, and then sent the message ‘We Are with the Workers!’ from the stairs of the building: 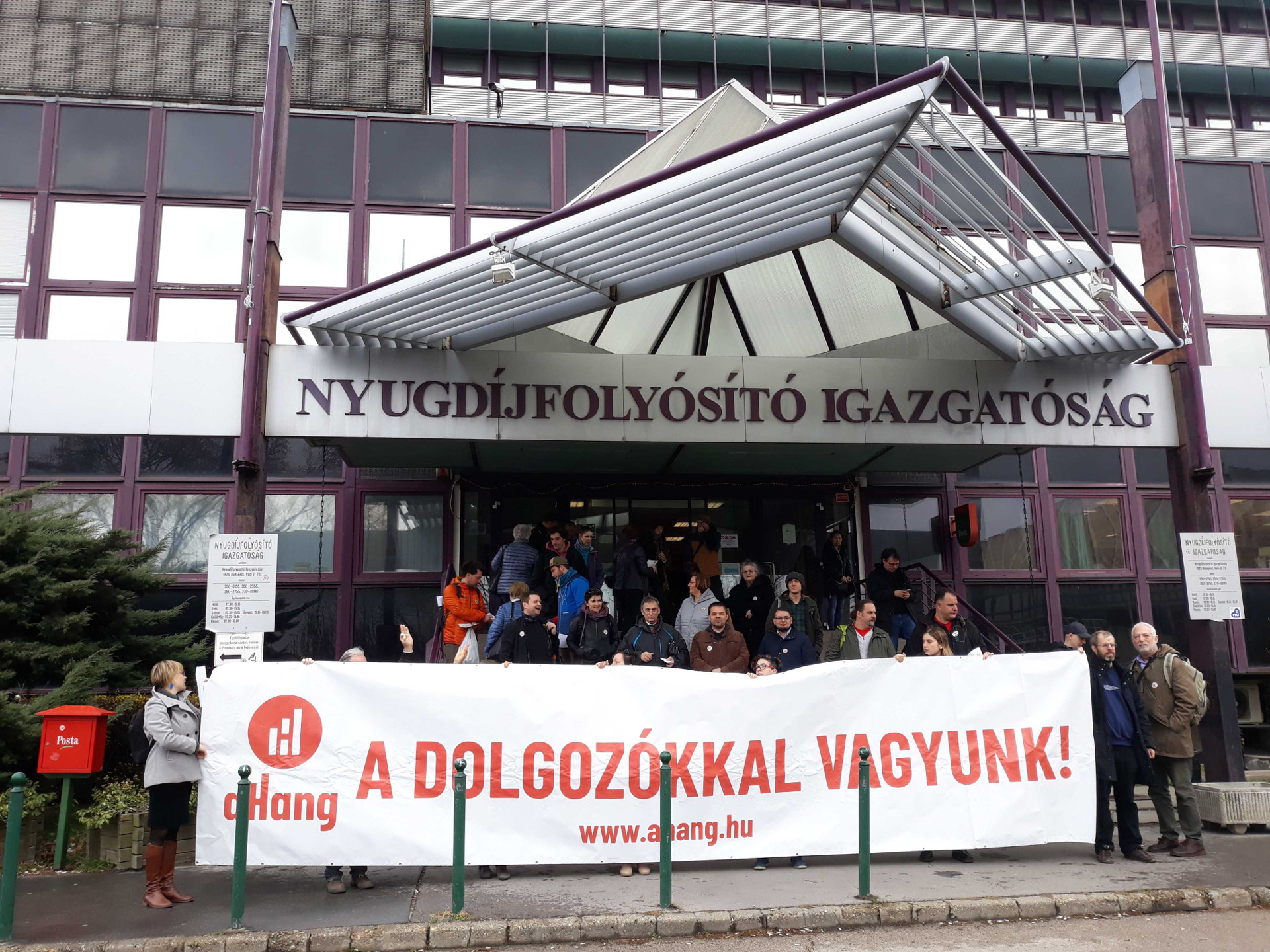