As a result of residents’ protests, the felling of trees in the Tabán, together with the entire plan for transforming this Budapest green area, is being revisited. In just a week’s time local civil society representatives managed to get the mayor to forbid the cutting of trees, and Főkert to invite them to attend a joint planning process. In a few days’ time 1300 people signed the petition started by a local resident on SzabadaHang (The FreeVoice) and over 1,000 people sent a letter through the aHang interface to the mayor of Budapest, the mayor of the 1st district, director of FŐKERT József Szabó and the newly appointed Mayor’s Commissioner for the Environment, who promised in front of RTL’s camera that they would reduce the rubber-covered surface, find a more reasonable venue for the baby changing area, and save as many trees as possible. All this would be discussed with locals in person and online.

The construction machines would not return to Tabán until the transformation plans are acceptable to the locals, the head FŐKERT promised in RTL’s news program. All this happened a week after Tabán’s transformation plans became public and preparations for the works began.

According to the original plans, a huge playground and fitness park would be built in the Tabán and the area would be covered with rubber mats. Most of the vegetation would be “replaced” and the whole park would undergo a facelift. A change of such a magnitude and direction is unacceptable to the locals. They want Tabán to preserve its original character and natural values.

To this end, on August 29 a local resident started collecting signatures on the SzabadaHang platform with hundreds of people signing the petition in just a matter of hours. By now, together with the offline signatures, the number of signatures has reached around 1,500. By Monday, the locals had put together a letter that was sent to Mayor of Budapest István Tarlós, Mayor of District 1 Gábor Tamás Nagy, and József Szabó, Director of FŐKERT Zrt by over 1,000 people. A total of nearly 3,000 letters have been received by local politicians and the head of FŐKERT.

As a result of the strong protest, István Tarlós sent the following message from his trip abroad last week: “No trees can be cut in Tabán.” Immediately afterwards, he appointed József Szabó as Commissioner for Green Policy. József Szabó told RTL yesterday that they were revising the renovation plans in consultation with the locals.

It is still not clear why this has not been done before, but the locals are already focusing on streamlining the negotiation process and renewing Taban in a more sustainable way while preserving as much valuable green space as possible.

Their biggest problem with the current plans was that 43 trees would have to be cut to make way for it, that the area to be covered with rubber mats was too big, and that the plan contained a large number of elements that were alien to the landscape and would not fit into the park which is soon to reach the age of protection. On top of it all, their maintenance would not be feasible anyway.

The locals do welcome the idea of ​​renewing the Tabán, but they want it to see it happen while preserving its existing natural values ​​and image.

This is not the first success that local civil society groups have achieved regarding similar issues with the help of aHang. Following a campaign to save the trees on Pozsonyi Road last summer, FŐKERT stopped the drastic tree pruning works carried out in the area and only proceeded after consulting with the locals and reaching a consensus. Recently, local residents won an issue of a larger scale, partly protesting on the aHang platform: thanks to the substantial civil society pressure, the felling of trees in the area was not started. 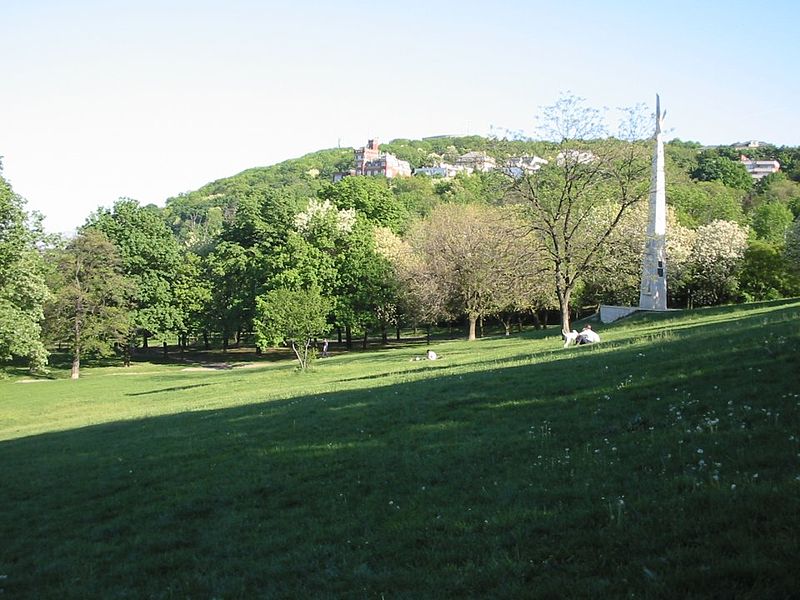