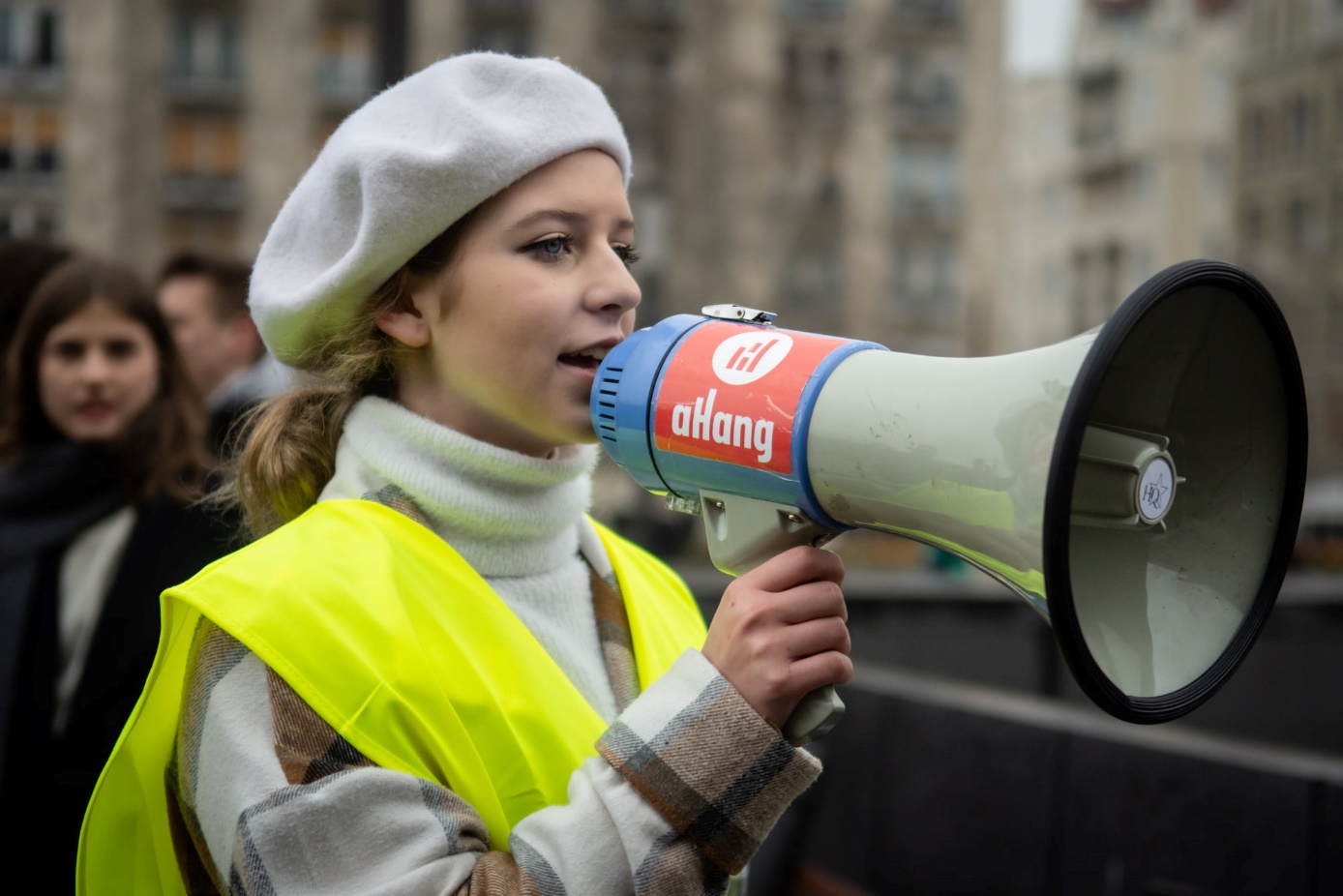 Teaching staffs, teachers’ vocational services, students, and student communities are standing up in support of the strike of educational workers one after the other. We, too, are supporting them with all our means!

They went on indefinite strike on March 16, and on the same day, we demonstrated with thousands of students on Kossuth Square. Anna and Máté, the organizers of the demonstration, were helped by the aHang team – on the one hand, in the preparations, and on the other hand, in things that require money (and not pocket money…), such as the stage, the sound system, or the purchase of a banner and visibility vests.

The demonstration was uplifting, its atmosphere surpassing every expectation: we chanted, we jumped, we applauded, we sang, we cheered the speakers.

In the late afternoon of the same day, student of pedagogy also took to the streets: they protested in front of the Ministry of Human Resources. On Friday, the activists of Amnesty International Hungary sat out on Kossuth square for a symbolic teaching day.

We supported the event with around 5.000.000 HUF, in part thanks to the support of aHang followers! We raised this amount (providing part of it from our budget) so that the organizers could use it for the strike and related actions, such as the demonstration on Saturday, so that everyone could hear the speeches with the help of professional sound and stage technology.

We are grateful to all supporters for making this possible! It is also thanks to them that there are more and more of us standing in solidarity with education workers. An increasing number of people are becoming aware that the situation is unsustainable: wages are unlivable and working conditions are getting worse.

Public education is not on the verge of collapse, but has already collapsed: a handful of communities are trying to save what can be saved, and in addition to trying to manage their costs, they are also making sure that our children learn not only from the core curriculum, but also about solidarity, partnership and standing up for causes.

Now, with their action, education workers are teaching and setting an example for all of us. And we have stood up in solidarity with them to show: we are learning from them and supporting them!